This ofcourse is cost saving and will also contribute in preventing strain injuries in back and nek. 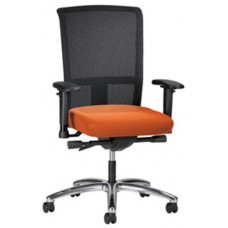 The 3496 from Prosedia is an affordable NPR-chair for anyone who needs an ergonomic office chair...